Calculating and Paying Overtime for Non-Exempt Employees in California 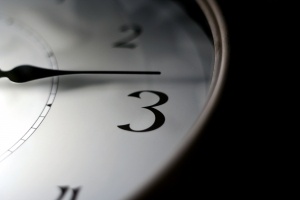 Just about every California small business owner I have spoken to understands the basic features of calculating and paying overtime to employees. But many struggle with the more nuanced issues with California overtime law. In this post, we will review two such issues employers commonly face in calculating and paying overtime: (1) when an employee works a shift of over 8 hours that begins on one day and ends on another and (2) when an employee works seven consecutive days in a workweek.

California employers must pay non-exempt employees 1.5 times their regular pay rate for all hours worked in excess of eight hours up to and including 12 hours in any workday. For hours worked in excess of 12 hours in any workday, an employer must pay two times the non-exempt employee’s regular rate of pay. (California Labor Code § 510.) Additionally, employees are entitled to 1.5 times their regular rate for hours worked over 40 in a workweek. Paying overtime is simple enough, right?

The overtime rules are different though where an employee works seven consecutive days in a workweek. On that seventh day, an employee is entitled to 1.5 times her regular rate of pay for the first 8 hours worked. And for hours in excess of 8 on the seventh day, the employee is entitled to twice her regular pay rate. (California Labor Code § 510.) This is different from other workdays, where overtime pay would be triggered after the first eight hours of work. In addition to the unpaid overtime wages, an employee may be entitled to monetary penalties where the employer fails to properly calculate when paying overtime.

Another wrinkle in overtime calculation is what is referred to as “pyramiding.” Pyramiding refers to a situation where an employee’s shift starts on one day and ends in another, and amounts to more than 8 hours of work. This is an issue that many business owners deal with when paying overtime, particularly owners of 24-hour convenient stores and fitness centers. The best way to explain this concept is by way of example: let’s assume the normal workday at your store is midnight to midnight. Joe Employee works his normal 3p-11p shift on Monday. And because another employee calls in sick, he also works the 11p-7a shift, that is, from Monday at 11p to Tuesday at 7a. On top of that, because he is such a terrific employee, Joe Employee also works his normal 3p-11p shift on Tuesday. Under California overtime law, overtime pay is calculated on a daily basis. Thus, Joe Employee would be entitled to four hours of pay at 1.5 times his regular pay rate (i.e., one hour for Monday and three hours for Tuesday) and to three hours of double time premium for Tuesday. So, in other words, Joe Employee’s shift of 3p on Monday to 7a on Tuesday would not be viewed as a single shift for paying overtime purposes.

The Division of Labor Standards Enforcement, the California government agency that oversees and enforces California wage statutes, wrote an opinion letter discussing the issue of pyramiding. You can view a copy of the DLSE’s opinion letter here

If you are an employer with any questions about paying overtime ask us.