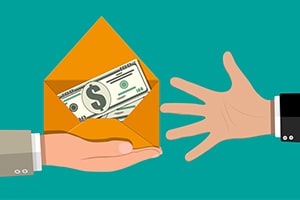 In this post, I will discuss frequently asked questions posed by employees who believe they have not been paid all wages owed to them. Labor lawyer Jesse Singh represents employees in wage claims against employers throughout the State of California, including Orange County and Los Angeles County.

Can My Employer Pay Me Less Than Minimum Wage if We Agree to It?

A non-exempt employee’s right to receive at least the minimum wage and legal overtime compensation is “non-waivable.” (Cal. Lab. Code § 1194.) California Labor Code section 1194 is designed to protect employees against unfair labor practices, and it prohibits an employer and non-exempt employee from entering into a private agreement for the employer to pay the employee less than the legal minimum wage or overtime rate. An employment contract that provides an employee less than the minimum wage would be void.

Hourly employees and salary employees working in Brea, Downey, and anywhere else in California are entitled to a pay rate of at least the minimum wage. The minimum wage may vary by city and the number of employees who work for the employer.

Can My Employer Deduct My Wages for Stolen Property?

An employer cannot deduct an employee’s wages for company property that is mistakenly lost, damaged, or broken during an employee’s shift. Common scenarios include an employee working at a retail store in Orange County, California who inadvertently breaks a vase at the store or is working when a customer steals a shirt. Similarly, a customer at a restaurant in Bellflower, California may “dine-and-dash,” that is, eat a meal without paying for it. It is illegal for the employer to deduct from the employee’s wages the cost of the vase, shirt, or meal.

A major exception, however, is wages may be deducted if the employer can show that the losses or damages were caused by the dishonest, willful act, or “gross negligence” of the employee. Employers must be very careful deducting wages where they suspect the employee acted dishonestly, willfully, or grossly negligent in stealing money or causing damage to company property. If the employer is wrong, the employee would be entitled to payment of the deducted wages and potentially other penalties.

There are other limited circumstances when an employer can deduct wages. Most commonly, taxes are deducted from wages based on an employee completing and submitting an IRS W-4 form. Other legal reasons for deducting wages include covering insurance premiums that the employee enrolled in and a court order, such as a child support order, requiring deduction. (Cal. Lab. Code § 224.)

How can I Recover Wages Owed to Me?

Every worker in California is entitled to be paid for labor or services provided, even if there is no written contract. The first step employees usually should take when they believe they are not being paid all wages due to them is making a complaint to HR or another authorized person of the employer, preferably in writing. Generally, employers in the State of California provide employees with an employee handbook, which may range from a couple pages in length to hundreds of pages. The handbook will include the company policy or procedure to follow in order to make a complaint about payroll issues or wage disputes. Follow any internal grievance procedures.

If the parties are unable to resolve the wage dispute informally, employees in California not correctly paid their wages are entitled to file a lawsuit in court or file an administrative complaint with the California Labor Commissioner or the United States Department of Labor - Wage and Hour Division. The administrative complaint should be filed in the correct branch location. For example, if the employer’s restaurant, store, or office is located in Anaheim or Brea, the employee must file the Labor Commissioner complaint at the Santa Ana branch. While a lawsuit is a formal process, an administrative proceeding may be far less formal.

Lawsuits and administrative complaints enable employees to prove their claims of unpaid wages and other wage and hour violations and recover damages and penalties. To prove a claim for unpaid wages, evidence to support the claim will be needed. Sometimes an employee’s testimony may be enough to prove his or her claims. But not always. As a result, employees should document all the hours worked that went uncompensated or undercompensated, including the unpaid overtime and regular hours, and all the wages that are due.

Will I be Protected if I Complain About Unpaid Wages?

State and federal laws protect “whistleblowers” and employees who exercise their rights under the law. For example, California Labor Code sections 98.6 and 1102.5 prohibit an employer from firing, demoting, or suspending an employee who complaints about unpaid wages.

To be protected, an employee’s complaint does not need to be a formal written complaint or even a lawsuit. A complaint to a manager or supervisor, whether in writing or orally, may be enough to trigger protection under state and federal whistleblower laws. If an employer retaliates against an employee who complains about unpaid wages, the employee may also bring a suit for retaliation and discrimination. An action for wrongful termination can also be brought against an employer that fires the employee complaining about unpaid wages.

Employment lawyer Yashdeep “Jesse” Singh has represented many employees who were not paid wages or were fired or laid off for exercising their rights under the California Labor Code. Please contact us today if you have questions about your employment or labor rights.